Lee Hamilton un-broke Iran-Contra, covering up the Bush crime spree
and giving the head of the BFEE a big, giant pass for everything he did.

Why did the Democrats cave in on this one, too?
If you and I know Hamilton is a Bush bootlicker, why didn't the Democrats?
Why do they keep caving in to everything that Bush proposes?
Why don't the Democrats want the truth of 9-11 to come out?

From possibly the most important site on the Internet - consortiumnews.com

Excerpt:
Cheney smartly exploited his relationship with Rep. Lee Hamilton, D-Ind., who was chairman of the Iran-contra panel.
Hamilton cared deeply about his reputation for bipartisanship and the Republicans quickly exploited this fact.

A senior committee source said one of Cheneys top priorities was to block Democrats from deposing Vice President Bush
about his Iran-contra knowledge. Cheney kept trying to intimidate Hamilton, the source said. He kept saying if we go
down that road, we wont have bipartisanship.

So, Hamilton gave Bush a pass. The limited investigation also gave little attention to other sensitive areas, such as
contra-drug trafficking and the public diplomacy operation. They were pared down or tossed out altogether.

Despite surrendering to Cheneys demands time and again, Hamilton failed, in the end, to get a single House
Republican to sign the final report.

Only three moderate Republicans on the Senate side  Warren Rudman, William Cohen and Paul Trible  agreed to
sign the report, after extracting more concessions. Cheney and the other Republicans submitted a minority report that
denied that any significant wrongdoing had occurred.

Excerpt:
Even after North's contra supply operations were exposed in October 1986, when one of his planes
(which had been used to carry cocaine) was shot down, the allegations about contra drug trafficking
continued facing Reagan-Bush denunciations and little interest in either Congress or the media.  In July 1987,
a spectator interrupted North's Iran-contra testimony by demanding that someone  "ask about the cocaine."
But the only response was a cursory review released by Rep. Lee Hamilton, D-Ind.,
which concluded that there was no truth to the contra drug charges.

When President Bush lost re-election in 1992, whatever scant media interest in the crimes of that era evaporated.
Unlike other countries which have sought to achieve some accounting for official crimes of the Cold War, the
United States seems determined to forget the past. The Clinton administration and congressional Democrats,
such as Lee Hamilton, have joined in whitewashing other evidence that Reagan and Bush had presided over
an era of extraordinary criminality.

For his part, Hamilton hid documentary evidence that Reagan's 1980 campaign had colluded
with Iranian terrorists to stymie President Carter's efforts to free 52 American hostages.
(See The October Surprise X-Files: The Hidden Origins of the Reagan-Bush Era.)


Conclusion: Lee Hamilton must be working for the BFEE.

Hamilton said, "No truth to the contra drug charges."

Hamilton joined in whitewashing other evidence... 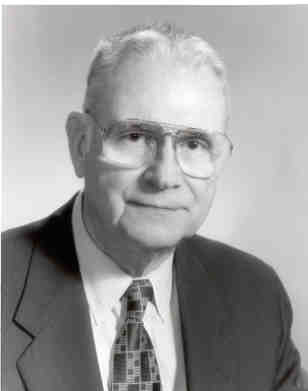 Need any crimes covered up?
I have lots of experience.
If Hank's busy, I'm your man.

Then write or call your representative and senator and ask them why a Bush bootlicker
is steering the 9-11 committee to the "Bush is certainly innocent and blame-free" conclusion.