"Bush-haters hate Bush for the least articulable reasons, the visceral kind that never
quite rises to the level of rationality. They're often at a loss even to explain who it is
they hate--the Yalie plutocrat or the hill-country Bible-thumper?
--Andrew Ferguson,  Attribution


Andrew, lying to get us into a fake war to steal Iraq's oil and killing 433 soldiers isn't a good enough reason to hate Bush?
War, rcesssion and funerals might be the same as peace and prosperity to you, but they're not to me.
You guys hated Clinton for befriending blacks and gays, so stick your pious, pompous crap up your ass.

CIA admits lack of specifics on WMD before invasion

Excerpt:
The CIA has acknowledged it "lacked specific information" about alleged Iraqi WMD
when it compiled an intelligence estimate last year that served to justify the US-led invasion of Iraq.

But it said that and other uncertainties surrounding the case had been fully presented to Bush
and other US policymakers in the October 2002 National Intelligence Estimate, a document
often referred to by members of the Bush administration as a basis of their claim that Iraq had
an arsenal of weapons of mass destruction.


Will Bush ever be held accountable for any of his deadly crimes?.
The Democrats are so in love with him...

Judge not, Rush, lest ye be judged

Excerpt:
"The recent saga of Rush Limbaugh and his drug addiction raises important questions. The crucial thing is
not that Mr. Limbaugh was a drug addict who fed his habit on the black market. That private vice is small
change compared to his larger, public sin. The real issue about Mr. Limbaugh is brought into focus by asking:
What does it say about a man if he can talk with contempt, without a shred of compassion, about the
shortcomings of others while knowing that he is no better than they? And that raises the still larger question:
What does it say about a society if it repeatedly grants high moral authority to people who practice such hypocrisy?" 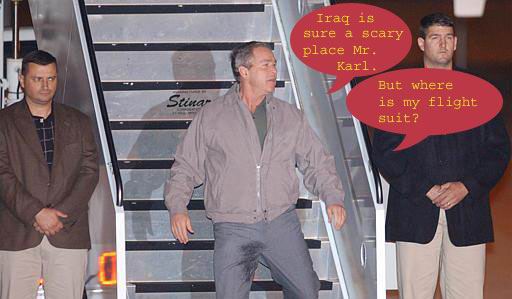 The worst comedy is lazy comedy

Excerpt:
"We are ready for any unforeseen event that may or may not occur."
-- Vice President Al Gore, 9/22/97

I was searching through some of their stuff--namely their political jokes, of which 90% happen to
be anti-Clinton/anti-Democrat shit. That's fine, I don't mind making fun of Clinton, as long as it's
somewhat tasteful and a little funny.  But I get to this link called "Al Gore Quotes".   I start reading
a few and say to myself, "damn...these sound familiar..." and then it hits me--Al Gore didn't say any
of this shit, DAN QUAYLE DID!

McCain has more courage than the we-love-Bush Democrats

Excerpt:
John McCain berated fellow lawmakers for "spending money like a drunken sailor" and said
Bush was also to blame for pushing the nation toward higher interest rates and inflation.

On "Fox Whore News Sunday" program, McCain decried a $31 billion national energy bill,
still pending until at least next year, much of which would fund industry tax breaks.

Marty's Entertainment Page
Comedy Central has a great couple of hours tonight
Wanda Sykes at 9pm (est /8cst).
At 10pm it's a fresh Richard Pryor special - I ain't dead yet
While mostly a tribute, Richard is the producer & was heavily involved.

by Robert Perry of  consortiumnews.com

Excerpt:
The body dumps that have been unearthed across Central America are thus little different from
the mass graves blamed on Saddam Hussein in Iraq, except in Central America they represented
the dark side of U.S. foreign policy and received far less U.S. press scrutiny. Another lesson learned
from the 1980s was the importance of shielding the American people from the ugly realities of a
U.S.-backed "dirty war" by using P.R. techniques, which became known inside the Reagan
administration as "perception management."

The temptation to recycle these counterinsurgency strategies from Central America to Iraq is explained
by the number of Reagan-era officials now back in prominent roles in George W. Bush's administration.

Gay Marriage a Tricky Issue for Democrats
by Gene Lyons

Excerpt:
Absent gay marriage, the right Democrat could certainly carry Arkansas.
Florida and West Virginia are also winnable. Based upon recent election
results, Virginia and Louisiana may be within reach, and possibly Georgia.
Democratic victories in two Southern states would make it almost impossible
for George W. Bush to win the 270 electoral votes needed to remain in office.

Losing them all, however, would likely finish the Democratic hopeful. 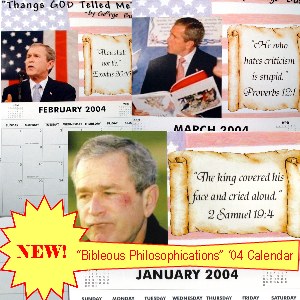 From our good friends at Fauxnews.com

Did you see what Wesley Clark did to FOX News?

If he fought half this hard, President Gore would be in his third year

Some FOX weasel accuses The General of calling the soldiers a "sideshow."
He says "No, I called the White House a sideshow, not ther soldiers" and
the FOX guy was lucky he wasn't in the same studio as The General.

Conservatives Shocked By the Power of Money
by Joe Conason

Excerpt:
Exactly what has Mr. Soros done to provoke this reaction? He has given $3 million to a new
liberal Washington think tank, the Center for American Progress. And yes, he has publicly
pledged $10 million to Americans Coming Together, a liberal voter-registration effort, and
$5 million to MoveOn.org, an Internet-based group that is raising millions of dollars in small
donations for liberal candidates and causes.

That sounds like a lot of money, except when contrasted with the enormous amounts pumped
into organs of conservative propaganda every year by such truly prodigious spenders as Sun Myung
Moon, Rupert Murdoch, Richard Mellon Scaife and literally dozens of other obscure but rich Republicans.

I was truly disappointed that you censored 'Boondocks'. That is the same crap that we get from the neo-cons.
So what if the strip was over the top? Let us decide what is or isn't acceptable.

Living in Utah, Bartcop is the only place that I can get 'Boondocks'.
I am used to repression and censorship and being disenfranchised but, to find that on Bartcop?
It is simply too much.

There is no unity in being splintered and marginalized and fractious. If those of us in opposition to the corporate
madness and all things neo-con can't come together, well the Repuglicans have won 2004 already.

Don't be a hypocrite Bartbro and don't be a censor.
somewhat concerned,
Don


If disliking poop-eating jokes makes me a bad guy, I'll just have to get used to it.
...and it's not like he did one - it was a whole week of poop on the Thanksgiving table.

Excerpt:
A Reuters analysis of Defense Department statistics showed on Thursday that the Vietnam War,
which the Army says officially began on Dec. 11, 1961, produced a combined 392 fatal casualties
from 1962 through 1964, when American troop levels in Indochina stood at just over 17,000.

By comparison, a roadside bomb attack that killed a soldier in Baghdad on Wednesday brought to
397 the tally of American dead in Iraq, where U.S. forces number about 130,000 troops -- the
same number reached in Vietnam by October 1965.

At first I thought Bush finally did a decent thing by visiting soldiers. But then I read about
the concern about the trip's safety. Isn't it funny how Bush could be concerned about his
own safety to such a degree but when it comes to the soldiers apparently it's not so important.

Lack of soldiers?
More soldiers not needed since soldiers will be embraced by grateful Iraqis.

A good reason to put soldiers in harms way to begin with?
Nah. Lies will do.

Excerpt:
It's a collection of resignation letters written by disaffected members of the Bush administration who so disagreed
with administration policies that they preferred the uncertainty of the unemployment line to toeing the party line.

I've also taken the liberty of including excerpts from what I imagine the first drafts of these letters might have looked like.

Last issue it was..

Eight more Americans lives snuffed out by the disaster of Bush stealing the White House.
Soon - we'll be at 500, and then 800 and then 1000.

Will the Democrats be willing to fight for their country next November?
Or will they just hand it to Bush on their knees, like they did in 2000 and 2002? 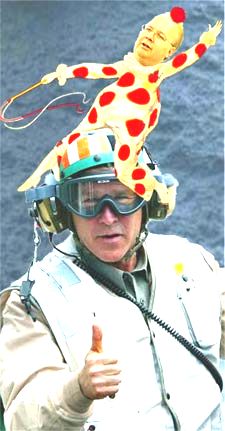 
Plus, at least  2401  2442  wounded for Bush's illegal oil grab.
Many of them are missing arms, legs, eyes and their memories from head wounds.

From:  http://www.antiwar.com/ewens/casualties.html
How much more are we willing to tolerate?

Anyone have any good ideas about how to sign more people up?

The stickers are free, but donations are accepted.
Get yours, then send in a digital photo of where you put it.
......
Click  Here   for the best November stickers

Winner gets Joe Conason's book, Al Franken's book or your choice of  a subscription
to Maxim Magazine   (Maxim has no nudity) or any similarly priced book or magazine. 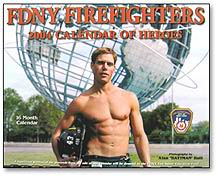 White House officials are discounting "liberal" statements that Bush's 2-½-hour super-secret visit
to Iraq was most definitely NOT a campaign stunt, like his other infamous costumed visit to an
aircraft carrier in May. Condoleezza Rice was quick to point out that not one of the troops carefully
selected as Bush's audience was pressured to contribute $2000 a plate for their Thanksgiving dinner.


It sickens me the way Bush's good puppy media is fawning over that 2.5 hour visit.
There are 130,000 troops there, Bush spent a few minutes with 600 of them.
he served food long enough for the good puppy photographers to get pictures.

I guess we don't mind losing three soldiers a day if Bush rides in for a photo-op.

If you have something important send it to Sam at sam@bartcop.com

Can't get in the members section?  Sam can help.

Something on your mind?
Call the

Then  listen for your voice on...

I recently saw a bumper sticker that said, "Thank me, I voted for Clinton-Gore."
So, I sat down and reflected on that, and I am sending my "Thank you" for what you have done, specifically:

Excerpt:
7.   Thank you, for the 19 charges, 8 convictions, and 4 imprisonment's from the Whitewater "mess" and
the 55 criminal charges and 32 criminal convictions (so far) in the other "Clinton" scandals.

All horseshit.
The only guy connected to Clinton who was convicted was a guy who stole from Hillary.
You can continue to pretend what didn't happen actiually did, but it didn't.

Excerpt:
"We'll see whether the Chinese Communist angle draws the attention of the Washington press corps. But the media,
almost always enticed by sexual misbehavior, has mostly avoided the gamy stories that have already emerged from
the Bush divorce. That subject arose again during the March deposition, when Sharon Bush's lawyer asked about
women who had mysteriously showed up at Neil Bush's hotel rooms in Thailand and Hong Kong for sexual assignations.
Neil Bush insisted that he didn't pay the women and didn't know who might have arranged for their services

Obviously this could provide rich material for cable television, with Sharon Bush's lawyers telling tales on "Hardball"
or "Larry King Live." Yet I suspect that discretion, -- and double standards known as "the Clinton rules" -- will prevail "

"When things get tough, do what Bart does:
Tell stress 'Eat me' and go about your day."

Bart uses  ctyme.com  hosting because it's the best!

Next issue - Wesley and Me

If your GOP workplace doesn't want you to see the truth, use these mirrors.
http://www.bartcop.com/mirrors.htm 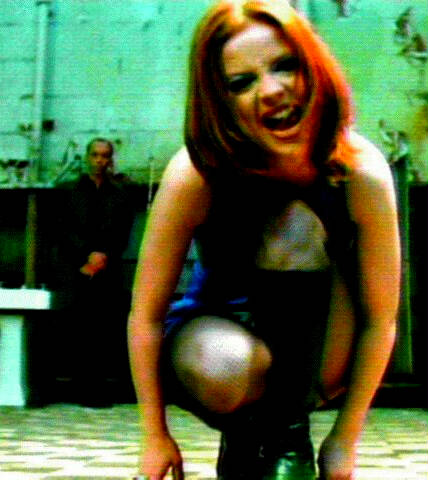 Shrl, call  The BartPhone,  just to say "Hi!"
Plus, leave an e-mail address and I'll make you a BartCop Member - for free!

You can call the Bart-Phone at 918-493-1500
That would be really cool, and we'll catch you at The Joint on your next American tour.

bartcop.com  and BartCop are trademarks of attempts at humor.